Lateral thinking describes the process of using creative ideas instead of incremental logic. Lateral Thinking is used to significantly accelerate learning and success. It was a term first used by Edward de Bono who started writing about Lateral Thinking in 1981 as he wrote in Six Thinking Hats:

“We may have a perfectly adequate way of doing something, but that does not mean there cannot be a better way. So we set out to find an alternative way. This is the basis of any improvement that is not fault correction or problem solving.” ― Edward de Bono

Shane Snow caught onto the idea of shortening the time it takes to get to the top of a field. Snow started researching lateral thinking used on careers. One such career hack based on Lateral Thinking is this idea of playing the game “Bigger or Better”. Bored college students in Salt Lake City where starting from a toothpick, students trade each item for something bigger or better. Teams find out who can trade the fastest until the biggest or best item comes back.

Looking at careers, some people who trade jobs for something bigger or better every 2 years are better off. Fast Company reports “Workers who stay with a company longer than two years are said to get paid 50% less.” Playing the game bigger or better when it comes to careers allow people to earn more, score more promotions, and have more responsibility than staying put at the same company waiting for a promotion.

Shane Snow identifies three themes to bucket practical lateral thinking: Shorten, Leverage, and Soar. Shorten involves finding ways to gain industry knowledge required to do the top job without the time commitment of paying dues. From there using Leverage to ride waves or trends to greater and greater heights.  Soar highlights the necessity of momentum and 10x thinking to keep the Smartcuts moving up.

After studying careers of Jimmy Fallon, Skrillex, Elon Musk, David Heinemeier Hansson, and Michelle Phan, the book Smartcuts shows us how momentum and lateral moves accelerated careers past those who stuck to traditional career paths. It’s about bypassing the dues-paying process by learning the fundamentals while applying a smarter approach to career or business planning.

If you rank the top presidents by modern historians, most of the top of the list didn’t start out in federal politics. They started in a career, raced to the top and switched ladders. If you look at others like author James Patterson, who climbed to the top of an Ad Agency then jumped to best-selling author it’s about taking one skill and migrating the same skill to another industry. For example, acting to the President of the United States (Regan).

Mentorship does and doesn’t work. For most, we all seek a mentor, but traditional mentorship is costly for the mentor and doesn’t produce the results for the mentee. It’s been built up to be a costly relationship where both avoid. Yet, if you look at historical mentorship relationships, it’s been casual. A wise, often older, person pointing out the pitfalls and wisdom gained over the years. Training with mentors shortens the gap between what we do and don’t know. Biographies are a favorite way for millionaires to access mentors that are otherwise unobtainable.

Platforms provide leverage. As Snow writes, “the platform amplifies effort and teaches skills in the process.” It’s the same reason why people flock to certain cities hoping to break into an industry. LA for acting. NYC for Fashion, Media, or Banking. The city acts as the platform leveraging effort in the process.

In surfing, noticing waves is almost more important than being a good surfer. Snow translates this into careers and businesses. Companies like Google practice spotting waves, AdSense, Gmail were side projects.  Staying in the same waters waiting for luck to strike isn’t the most effective strategy.  The secret, Snow writes, isn’t just practice, “it’s going to the beach to watch the waves and getting into the water to experiment.”

How do people like J.J. Abrams rise to the top faster than others? Givers. Adam Grant in his book, Give and Take, Givers rise disproportionally to the top. J.J. Abrams co-wrote, co-directed, co-produced with other artists and continued to promote others work. In Smartcuts, Snow shows consistently giving is the secret “No matter the medium or method, giving is the timeless smartcut for harnessing superconnectors and creating serendipity.”

Momentum is more important than skill in most cases. If you look at a study of 238 white-collar workers, progress–regardless of how small–was the determining factor in affecting our inner selves at work. Momentum also works for company valuations. Startups with more momentum are valued significantly higher than peers with less traction.

“Geniuses and presidents strip meaningless choices from their day, so they can simplify their lives and think. Inventors and entrepreneurs ask, How could we make this product simpler? The answer transforms good to incredible.”

It’s often just as much work to make something 10x better as it is to make something 10% better. For those hackers using 10X thinking attack a problem where the impact would be 10X to humanity. Consider Musk and SpaceX. Selflanding rockets aren’t 10% better. Selflanding resusable rockets could bring the cost of space flight down by a factor of 1,000%.

Tim Ferriss wasn’t part of Shane Snow’s book. However, after looking at all the strategies of Lateral Thinking, looking a Tim’s career sees a few different ways Ferriss has used lateral thinking. Ferriss has used waves in a few different ways, one blogging before it took off, Twitter at SWSX, and most recently Podcasting. All three of those waves have lifted Tim’s career past many others. Two, platforms, Tim has used platforms like Twitter, WordPress to leverage his efforts to larger networks. Three, Ferriss has consistently promoted others work on his blog. Namely promoting other authors, Ferriss has become a superconnector. Podcast guests have amplified this effect. He’s been able to do all of this without climbing any writer surging past other writers and creators. Finally, Momentum has swung Tim from blogs, books, Podcasting to angel investing, and a producer of his own show.

Lateral thinking doesn’t replace hard work. Those using Smartcuts are still some of the hardest workers. As Shane Snow points out:

“Good fortune and talent are both ingredients of success, but like any recipe, they can be substituted with clever alternatives. The one irreplaceable ingredient I’ve found, however, is work.”

Lateral thinking isn’t a jump to heights unseen without merit. Lateral thinking takes hard work, strategy, and a new approach to maximize the result while attempting to minimize the time it takes. Lateral thinking above all requires momentum to keep moving up. Momentum is still the single greatest predictor of career success. Not experience.

Data from Presidents show the highest rated presidents didn’t take a linear path. The best, use Momentum. They climbed various ladders and switched to the Presidential position and used flexible thinking to solve Presidential problems earning them ranking in the “Historian’s Best President” list. 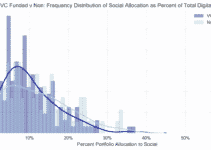